China VS Russia: How Do They See Each Other?

China and Russia are both influential players in the international arena. Both of them have made tremendous progress in their national economy in the past decade. The two countries have established an even closer relationship to foster future cooperation.

Despite the fact that China and Russia are neighboring countries, their cultural differences are vast. In this article, we will take a quick look at these two countries in terms of their people, cultures, and cities.

Chinese people are often seen as “exotic creatures” by westerners. Their appearance is considered pure and is full of genuine oriental elements. Typical examples are their dark eyes and flat noses, which appeal to some Europeans.

Russians are considered a member of the “Slavic family” situated in Eastern Europe, where local people’s exquisite appearance is highly valued worldwide.

Many foreigners love to live in China because they think Chinese people are very friendly. Generally speaking, young people in China are more or less willing to make new friends and therefore are interested in getting to know people from different cultural backgrounds. However, there are still some people who are reluctant to learn about other cultures because they are introverts. In fact, many Chinese are very shy and hence are not good at communicating with other people. But it doesn’t mean they would just walk away when you are in need of help.

Russian people often seem to be indifferent to what is happening around them. However, they are ready to do whatever they can when their friends are in trouble. The word “friend” plays a tremendous role in Russian people’s daily lives. The famous Russian proverb “It’s better to have 100 friends rather than have 100 rubles” is the perfect reflection of the importance of making friends in Russian culture.

Nowadays it’s a trend that young people in China, especially girls who can speak English tend to hook up with foreigners for all kinds of purposes from satisfying their curiosity about foreign cultures to the cynical attempt to marry a foreign guy. Russians usually get along well with their compatriots or at least people from other Russian-speaking countries such as Ukraine and Belarus.

Chinese women: On one hand, Chinese girls are always “waiting for their needs to be fulfilled” from a materialistic perspective. On the other hand, they do know how to take care of people, such as helping their friends deal with setbacks.

Russian men: Russian girls see their boyfriends as a “wall” which they can stand behind and be protected. Although Russian have a reputation for being chauvinistic, there are still quite a few of them who are incredibly sincere and considerate, which means you can count on them for sure.

What is similar between the two cultures is that both Chinese and Russian people are very superstitious. For instance, the mysterious knowledge of “feng shui” in Chinese culture is what is believed can change a person’s life.

China is famous for its cuisine which is extremely diverse. That is probably why many foreigners think Chinese people like to try everything. Apart from some well-known delicacies like Beijing Duck, several types of popular food such as stinky tofu and durian-flavored ice cream are nevertheless unacceptable for people from most European countries. That includes Russia, where milk products prevail.

As China’s economy is growing unbelievably fast, rich Chinese people tend to grab every chance to purchase luxury products. An interesting phenomenon that can be observed among Chinese people is that some of them like to “demonstrate their wealth” in front of their friends. This is something that Russian people would condemn. In Russia, modesty and honesty have always been considered the two most important virtues.

Chinese people like “giving hints” on what they really want to say, therefore, they often beat around the bush before getting to the point. Russians are more straightforward in terms of communication, and they usually let other people know clearly what they expect.

Sometimes Chinese people can get a bit nosy as they ask other people about their age or their monthly salaries. However, it’s not like they do it on purpose, and the reason behind it is that they are just curious about other people’s lives, which is nothing wrong based on their understanding. The thing that you might not like about Russian people is that they don’t smile very often, especially to strangers. In Russian culture, there must be a reason why you want to smile, which means it’s not usual for Russian people to smile just in order to show courtesy.

Being the cultural and political center of China, Beijing is the perfect place to visit in order to have an insight into the authentic Chinese culture. A large number of fascinating tourist sites including the Great Wall and the Summer Palace are exactly what you are looking for if you want to know more about Chinese history and traditions.

Being Russia’s second-largest city, St.Petersburg receives millions of tourists every year. This makes it one of the most visited cities in the world. The harmonic combination of the Russian and European architecture turns the city into a fairytale wonderland.

How to Learn Mandarin Chinese While Travelling

China’s global impact is growing year by year. It is now one of the biggest exporters in the entire world, and its economy gives jobs to millions of people. As a result, the role of the Chinese language is changing as well. Let's have a look at how to learn Mandarin... 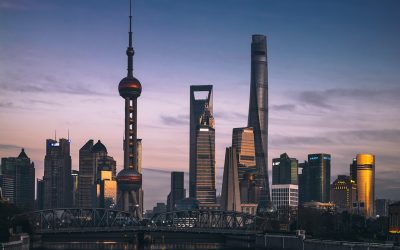 My name is Hugo, a Swedish expat who has been living in Shanghai since 2005; back when the Shanghai skyline looked like this: I want to write about what it is like growing up in Shanghai by telling you what it was like for me, with all the experiences and the... 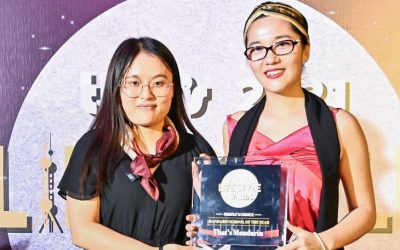 We are honored & excited to announce that That's Mandarin has been awarded the title of Mandarin School of the Year in 2021 by That's Shanghai 2021 Lifestyle Awards!A huge thank-you to all our students — and everyone who voted for us this year!Thank you for...